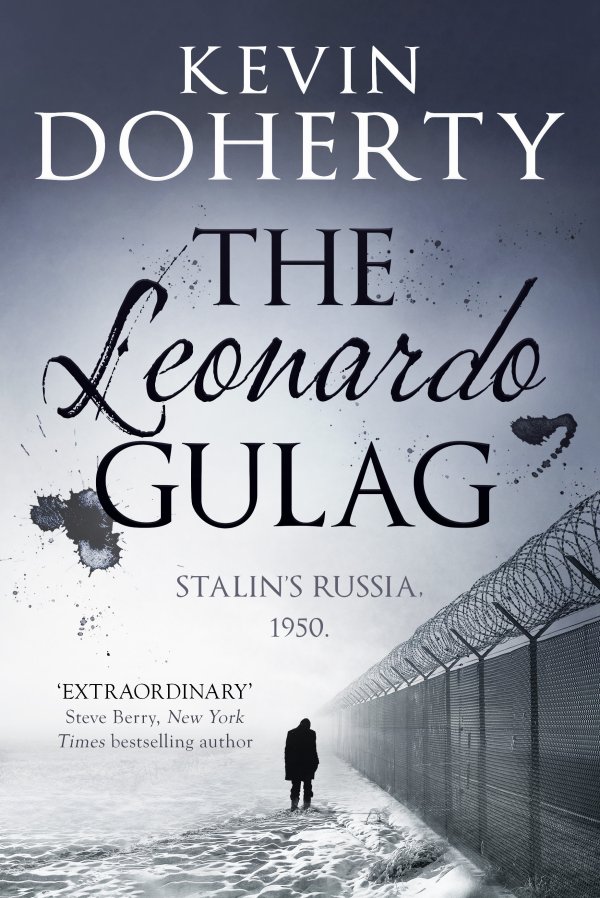 The Leonardo Gulag journeys to the sinister heart of Stalin’s regime of terror, where paranoia reigns and no one is safe, and in which the whims of one man determine the fate of millions. Ultimately, the novel presents a moving portrait of the indomitability of the human spirit.

Gold Winner in the prestigious Foreword Indies Book of the Year awards.

Praise for The Leonardo Gulag

The Leonardo Gulag is a bold, bracing, and brilliant take on the human side and costs of [the Cold War]. Kevin Doherty's starkly original tale . . . lives up to pop culture classics like Stalag 17 and The Great Escape, not to mention the best of Leon Uris and the Louis L'Amour classic Last of the Breed. This is a historical thriller of the highest order; smart, savvy, and sensational.

[The Leonardo Gulag] is an extraordinary novel with a fresh and unique premise – one that draws the reader into a world that’s both clever and imaginative. Bravo. Bravo.

[The Leonardo Gulag] is vivid, fresh, gripping, clever. This historical thriller set in a gulag in Stalin’s Russia thoroughly propelled me. With appearances from Stalin himself and Soviet spy Anthony Blunt, it feels authentic on every page. I felt I was there.

This relentless tale of cruelty and survival provides a sobering look at Stalin’s Russia. Fans of Kafkaesque historical fiction will be satisfied.

An inherently fascinating read, The Leonardo Gulag showcases author Kevin Doherty’s genuine and impressive flair for originality and the kind of narrative storytelling style that completely engages the reader’s total attention from beginning to end.

I really enjoyed this book . . . There’s a . . . riveting storyline that had me glued to the pages.
A cracking read with authentic characters . . . It also provides a fascinating and dramatic insight into the era of Joseph Stalin’s vile forced-labour camps

Kevin Doherty’s trenchant novel, The Leonardo Gulag, is a frightening tale . . . There are a few scenes in literature that are etched in the reader’s memory forever, like Sophie in Styron’s novel, [Sophie’s Choice,] forced by the Nazis to make an unimaginable choice. Pasha’s desperation . . . in The Leonardo Gulag evokes a similar emotional response. [Doherty’s] novel throbs with confidence and outrage. The Leonardo Gulag is a surprise, a deeply moving, reflective tale. It is a great achievement.